While this is a first for Victoria, Transit Systems has successfully operated 10 hydrogen fuel cell buses in London, with Transit Systems Chief Operating Officer Greg Balkin saying they have helped pave the way for a diesel-free bus fleet in Australia.

March 2023 and will be deployed across 26 regular services in the western suburbs of Melbourne including Melbourne University, Royal Melbourne Hospital, and several shopping centers, as well as 15 school services. They will be refueled at Transit Systems’ West Footscray depot. 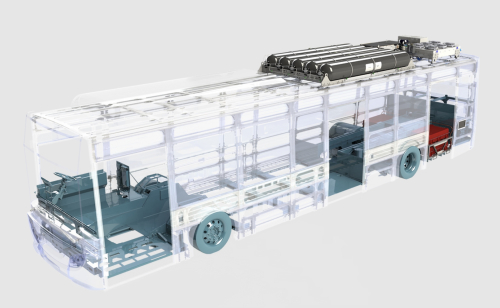 The buses will feature aluminum chassis from ARCC.

Medium- to large-scale hydrogen fuel cell bus deployments can be fully refueled in around 8-10 minutes, compared to battery electric buses, which can take 3-5 hours charging at the depot. We commend the Victorian Government on their commitment to delivering more sustainable public transport and look forward to further collaboration with the Department of Transport to share innovations and learnings from this trial.

Transit Systems has a fleet of 55 battery electric buses in Australia, and 13 electric buses in Singapore. Green initiatives by the Group also extend to pursuing solar options for depots, utilizing driver telematics and collision avoidance and R&D investment in hydrogen and electric vessel projects.