Solid Power, a developer of all-solid-state battery cells for electric vehicles, has completed installation of its pilot production line—dubbed the “EV cell pilot line”—which is designed to produce EV-scale solid-state cells. Solid Power intends to produce Silicon EV Cells for internal testing before delivering cells to its automotive partners BMW and Ford to kick off automotive qualification testing, which is planned for the end of the year. 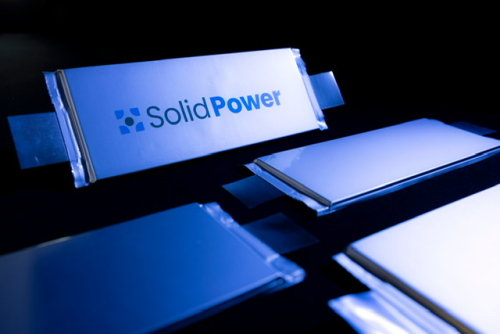 Solid Power’s Silicon EV Cells are designed to power longer-range, lower-cost and safer electric vehicles. By using more than 50% active silicon in the anode, Solid Power has designed the cell for increased energy density, which is expected to correlate to longer driving ranges to address range anxiety—a key barrier to mass EV adoption. 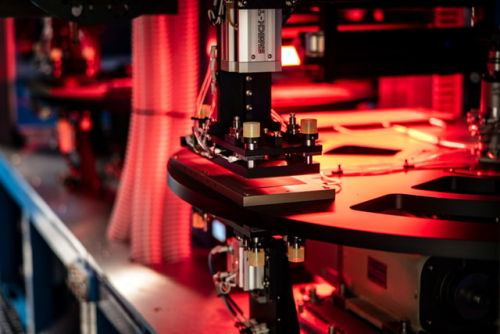 With the EV cell pilot line now installed, our next big challenge is commencing production at scale and building cells that meet the requirements necessary for us to enter into automotive qualification later this year.

Solid Power expects to be able to optimize its Silicon EV Cells for capacities ranging from 60 to 100 Ah. The company expects this flexibility to allow Solid Power to meet its automotive partners’ specifications, while allowing for additional partners with distinct design specifications.

I like that they have put their specs 'out there' instead of waffling.

Unfortunately the cathode is NMC, not earth abundant materials.
So this is for premium products, with concerns on environmental impact, but where the energy density is very important.

With the silicon anode you don't need cobalt in the cathode

Thanks.
I found the website somewhat confusing, as the video I linked does not show the silicon heavy anode, but a solid lithium one.

They are referring to two different branches of their technology, I find on tracking down to verify your comment:

And earlier in the post from the same link:

' Solid Power's proprietary sulfide solid electrolyte powers the flexible All-Solid-State Platform that can enable both high-content silicon and lithium metal in the anode paired with industry-standard and commercially mature cathodes, including lithium nickel manganese cobalt oxides (NMC). The platform can also use low cost and high specific energy conversion type cathodes that are not suitable in lithium-ion or other liquid-based cell architectures. Combined with a lithium metal anode, the conversion type cathodes could remove cobalt and nickel from the cathode entirely and could decrease cathode active materials costs by 90 percent. '

So they seem to reckon that it is the lithium metal cathode which will take out the need for the cobalt and nickel, rather than the silicon variant.

That sure ain't what they showed in the video though, so the variants don't seem to be differentiated enough on their website to enable easy comprehension of what they are about.

Impressive and hopeful stuff though.

I would emphasise that I have nothing at all against batteries, just against some of the more sweeping claims made for relatively immature technology to present it as a panacea.

They offer a silicon anode battery and lithium anode

A the post states:
“Solid Power expects to be able to optimize its Silicon EV Cells for capacities ranging from 60 to 100 Ah.”
According to the Solid Power web site, they have delivered 20 Ah cells with 390 Wh/kg density and 1000+ cycle life (solidpowerbattery.com).
They are partnering with SK Innovation on producing the battery (the ARPA web site has a video showing that they are partnering on Cathodes and Anodes).
https://insideevs.com/news/543969/sk-innovation-solid-power-batteries/
SK has high nickel NMC cathodes with up to 90% Nickel and will supply batteries to Ford.
Conversion cathodes are not intercalating cathodes so almost require a Lithium Metal Anode. Previous posts in GCC discuss a “a nano-scale iron sulfide pyrite (FeS2) cathode that is largely composed of iron and sulfur” which is a conversion cathode.
https://www.greencarcongress.com/2021/10/20211002-solid.html