bp has agreed to sell its 50% interest in the Sunrise oil sands project in Alberta, Canada, to Calgary-based Cenovus Energy, the other owner of the Sunrise project. As part of the deal, bp is acquiring Cenovus’s interest in the Bay du Nord project in Eastern Canada, adding to its sizeable acreage position offshore Newfoundland and Labrador.

In Canada, bp will no longer have interests in oil sands production and will shift its focus to future potential offshore growth. bp currently holds an interest in six exploration licenses in the offshore Eastern Newfoundland Region. The non-operated stake in the Bay du Nord project will expand bp’s position offshore Eastern Canada.

Sunrise is about 60 kilometers northeast of Fort McMurray, Alberta. The reservoir at Sunrise sits about 200 meters below the surface. 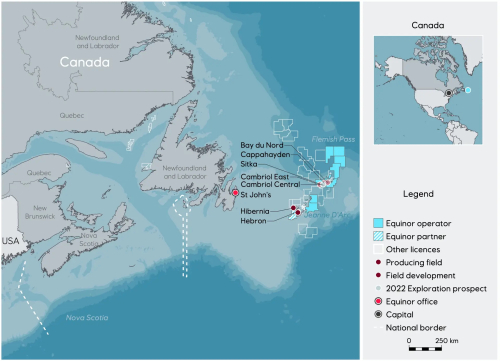 Total consideration for the transaction includes C$600 million (US$465 million) cash, a contingent payment with a maximum aggregate value of C$600 million expiring after two years, and Cenovus’s 35% position in the undeveloped Bay du Nord project offshore Newfoundland and Labrador.

Subject to regulatory approvals, the transaction is expected to close in 2022.