Rio Tinto: First ore delivered at Gudai-Darri iron ore mine in the Pilbara

Rio Tinto has delivered first ore from the Gudai-Darri iron ore mine as the company brings online its first greenfield mine in the Pilbara, Western Australia, in more than a decade. Gudai-Darri will help underpin future production of the company’s flagship Pilbara Blend product. 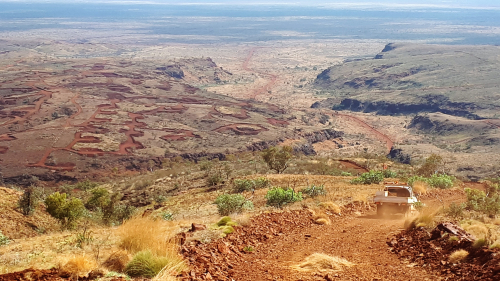 Pilbara Blend products are known for their high-grade quality and consistency. The Pilbara Blend products make up approximately 70% of Rio Tinto’s iron ore product portfolio. The higher grade ores also contribute to reducing GHG and other air emissions, which, along with its liquidity and consistent quality, makes the products the preferred iron ore for the steel industry in China.

The first autonomous AutoHaul trains loaded with ore from Gudai-Darri’s process plant have traveled the new 166-kilometer rail line that connects to Rio Tinto’s existing rail and port infrastructure. Production from the mine will continue to ramp up through the remainder of this year and is expected to reach full capacity during 2023.

Since ground was broken in April 2019, more than 14 million workhours have resulted in the movement of more than 20 million cubic meters of earth, batching and placement of 35,000 cubic meters of concrete, and the installation of 10,000 tonnes of steel. The development of Gudai-Darri supported more than 3,000 jobs during the construction and design phase. The mine will support around 600 ongoing permanent roles.

Gudai-Darri has an expected life of more than 40 years and an annual capacity of 43 million tonnes. A feasibility study to support an expansion of this new hub is also progressing.

The mine’s commissioning and ramp-up is expected to increase Rio Tinto’s iron ore production volumes and improve product mix from the Pilbara in the second half of this year. Full-year shipments guidance for 2022 remains at 320 to 335 million tonnes (100% basis) subject to risks around the ramp up of new mines, weather and management of cultural heritage.

The capital cost for the mine is estimated to be $3.1 billion (A$4.3 billion). As disclosed in February, the company’s replacement projects in the Pilbara, including Gudai-Darri, were subject to potential capital increases of approximately 15% due to ongoing COVID-19 restrictions, including labor access and supply chain quality issues. Group capital expenditure guidance for 2022 is unchanged at around $8 billion.

Helping support Rio Tinto’s carbon emission reduction targets, Gudai-Darri will be powered by a 34 MW solar farm that is expected to supply about a third of the mine’s average electricity demand once construction is complete in August. 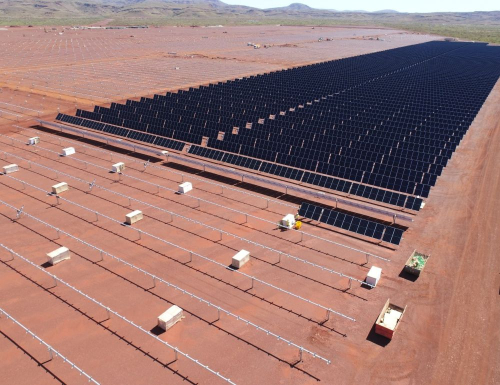 Gudai-Darri Solar farm under construction by Balance and NRW. This large-scale renewable energy solution is a 44MWp, 50.4MVA total inverter capacity solar farm, limited to 34MVA (630A) output at the point of connection.

Together with a new lithium-ion battery energy storage system in Tom Price, the solar plant is estimated to reduce annual carbon dioxide emissions by about 90,000 tonnes compared to conventional gas-powered generation, equivalent to taking about 28,000 cars off the road.