Total Number of Hydrogen-powered Vehicles in Service in 2027: 1 Million 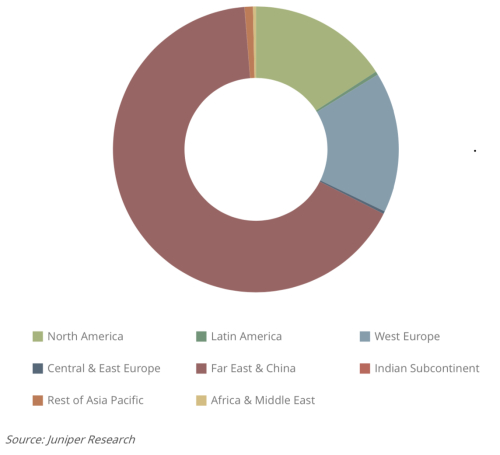 The study identified hydrogen vehicles as an increasingly viable alternative to BEVs (Battery-Electric Vehicles). The potential for enhanced range and rapid refueling compares favorably with BEVs, reducing customer anxieties around BEV ownership. These positives have led to significant investment by car manufacturers, including Hyundai, Toyota and BMW. This will translate into an increasingly popular and available product over the next 5 years.

The report identified the nascent development stage of many commercial vehicle types and the high average cost of hydrogen-powered commercial vehicles—more than $70,000 globally in 2022—as key factors limiting adoption.

Manufacturers will need to make hydrogen vehicles more affordable to become viable for fleets, but increased range and suitability for heavy goods transport will ultimately drive growth and economies of scale.

Additionally, the report identified the low availability of fueling infrastructure as a key challenge for wider adoption, but highlighted heavy industry investment as key to reducing this concern over the next 5 years. The report recommends that infrastructure vendors provide green hydrogen, produced using renewable energy sources, to best take advantage of concerns around the environment driving the adoption of alternative fuels.

They won't be ready for hydrogen here in north-america in 2030 when i will change my car because this is for china and the far east.
What a shame for pollution and high gas prices.

I don't see more than a tenfold increase in five years