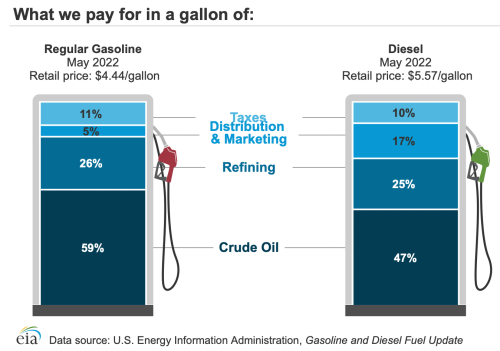 The US Energy Information Administration’s (EIA) latest refinery capacity report (21 June 2022) listed 130 operable refineries in the US, with 5 idle. That figure is down from 141 refineries in 2017, with 4 idle. 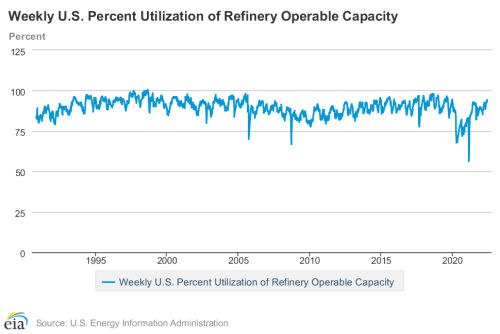 In a letter sent to President Biden on 15 June, the AFPM (American Fuel & Petrochemical Manufacturers) and the API (American Petroleum Institute) listed what they called seven realities about the current situtation:

Today’s situation did not materialize overnight and will not be quickly solved. Although the Russian invasion is undoubtedly exacerbating the situation, today’s challenges are largely the result of high crude prices due to 1) a supply/demand imbalance, 2) logistics reshuffling as the world emerges from the pandemic, strong consumer demand, the ban on Russian products, and 3) policy decisions made at the federal and state levels over many years and by successive administrations.

The President said that members of his Administration are meeting with refining companies to try to come up with some near-term steps.