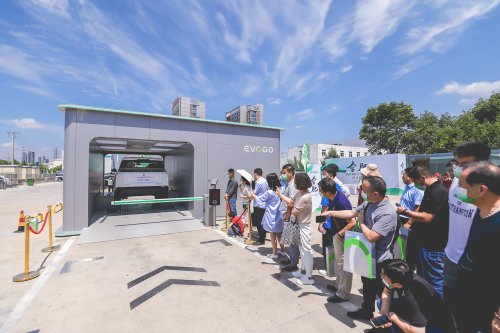 Three battery swap stations have started operation in Hefei so far, and the number is expected to increase to 20 by the end of this year, when the service radius of EVOGO will be less than 5 kilometers.

With the support of CTP (cell-to-pack) technology, it can achieve a weight energy density of over 160 Wh/kg and a volume energy density of 325 Wh/L, enabling a single block to provide a driving range of 200 km.

Hefei is a major city on the Yangtze River Delta—one of the most populated and economically prosperous regions in China. It is also one of the first batch of national pilot cities for the EV battery swapping trial.