Leclanché advances safety of its Li-ion batteries with no compromise to cell performance; new electrolyte additive

Leclanché reports a significant breakthrough in the safety of its lithium-ion batteries without compromising cell performance. By adding a special fire-retardant additive to its electrolyte formula composition, Leclanché has lowered the risk of a thermal event by close to 80%. 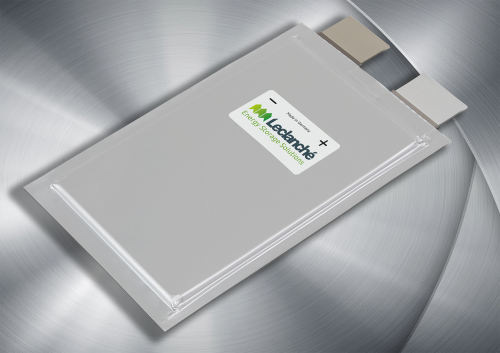 The achievement has been validated by Intertek Germany, a third-party testing lab which conducted a series of industry standard nail penetration tests on Leclanché’s 60Ah cell. Despite the test cells being punctured with the resulting internal short circuit, the cells exhibited a far lower risk of fire than the same cells without the flame retardant additives.

Non-flammable lithium-ion cells have major implications to users in the railroad, truck and bus markets, which are accelerating their investment in hybrid and all-electric powered fleets and who are concerned about the risk of fire with passengers aboard. Lithium-ion battery recalls are an expensive problem, including disruption they can cause to operations.

While the entire battery industry continues to place considerable R&D resources into the development of solid-state batteries, there’s a critical need to enhance the safety of today’s high energy density lithium-ion cell technology. Most efforts, until now, adversely impact the performance or longevity of cells.

Leclanché has been able to develop a high-performance and high-energy-density lithium-ion cell exhibiting high safety characteristics without any negative impact on performance or longevity. As technological advancements continue to be developed, this is a crucial improvement in state of the art cell technology, that does not require breakthrough technology that could still be several years away from commercial availability.

Leclanché battery cells are manufactured by Leclanché in its production facility located in Willstätt, Germany. The cells are made using the company’s proprietary production process. Electrodes are manufactured in a water-based process that has been validated in commercial production over the last 10 years—rather than by using organic solvents such as NMP—resulting in a significantly reduced environmental impact and a lower carbon footprint.

Leclanché’s electrodes produced with the water-based manufacturing steps show a high stability towards the flame retardant additives contained in the new electrolyte, resulting in the maintenance of cell performance.

The company’s new non-flammable cells will be available for production beginning in the first quarter of 2023.

flame retardant additives
Do not use flammable solvent