Through investments in two key joint ventures at Trémery-Metz, Stellantis has deployed a vertical integration strategy designed to increase control of the global electrification value chain. 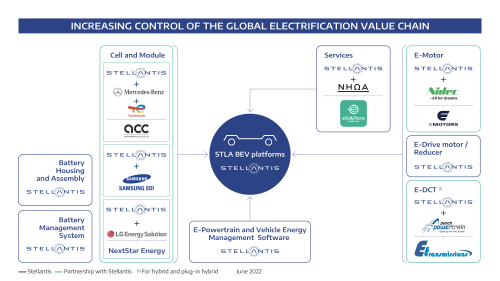 Emotors, a 50/50 joint venture between Stellantis and Nidec Leroy-Somer Holding (a Nidec Group company), will start production this year of its range of electric motors at the Stellantis Trémery plant, formerly the world’s largest diesel plant, and now Stellantis’ first facility to produce electric motors.

Backed by €93 million of industrial investments to date, Emotors aims to drive Stellantis’ electrification growth while also meeting the needs of other automakers. The joint venture has a planned capacity exceeding 1 million motors per year from 2024.

The Emotors’ M3 will be the first e-motor to launch in the portfolio. The M3 will deliver a cost-competitive and efficient electric drive system designed to operate at 400 volts and to deliver 115 kW of power, set to debut on a Stellantis BEV by the end of 2022.

e-Transmissions, a 50/50 Stellantis joint venture with Punch Powertrain, supported by industrial investments of €57 million to date, is focused on producing the future generation of electrified dual-clutch transmissions (eDCT) at Stellantis’ Metz plant. Recognized for its expertise in gearbox production, the Metz plant is expected to grow its annual production capacity to approximately 600,000 eDCT gearboxes by 2024 for Stellantis’ hybrid portfolio.

The eDCT is available with 48-volt and 320-volt electrification and can be used for hybrid and PHEV applications. Due to launch in 2023, the 48-volt hybrid propulsion system combined with an evolution of the award-winning PureTech Turbo 3-cylinder 1.2-liter gasoline engine offers a true electrified driving experience propelling the vehicle’s wheels even when the ICE is turned off and reducing fuel consumption and CO2 by up to 20% when compared with the current powertrain. 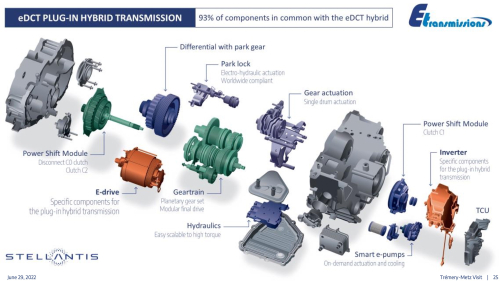 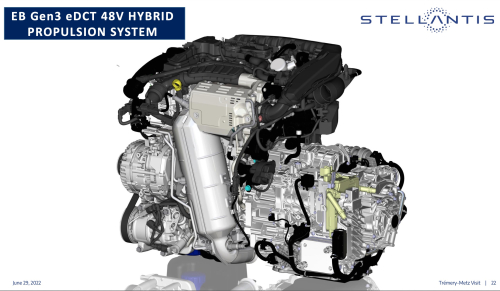 Trémery-Metz brings together the Trémery site, which specializes in the manufacturing of engines and e-powertrains, and the Metz site, dedicated to the manufacturing of five- and six-speed manual gearboxes. Located in the heart of Europe, Trémery-Metz has been rooted in Moselle for over 45 years. Its ideal geographical location and immediate proximity to highways enables Trémery-Metz to ship thousands of engines and gearboxes produced every day across the continent.