The Renault Group inaugurated the new “ePT-160kW” electric motor production line at its plant in Cléon. Renault Group has invested €620 million since 2018 at the Cléon site to industrialize the group’s motors for 100% electric and hybrid vehicles.

A center of expertise in the manufacture of very high performance electrical and mechanical components, the plant will have a production capacity of more than 1 million electrified motors per year from 2024, including 500,000 motors for EVs and 510,000 motors for hybrids.

This transformation to electric vehicles, which was initiated in 2012, supports the group’s strategy of embeding its electric value chain activities in France on a long-term basis and the Renault brand’s ambition to be 100% electric for passenger vehicles in Europe by 2030.

A new electric motor developed within the framework of the Renault-Nissan-Mitsubishi Alliance, with a power of 160 kW, the motor will equip the 100% electric models of Renault, including the Megane E-Tech Electric, manufactured by the Douai plant within the ElectriCity cluster.

This new generation electric machine is a synchronous motor with a wound rotor, a technology that Renault Group has been using for ten years and which offers better efficiency than the permanent magnet motor. In addition, the absence of rare earths secures the supply while limiting its environmental impact and production costs. 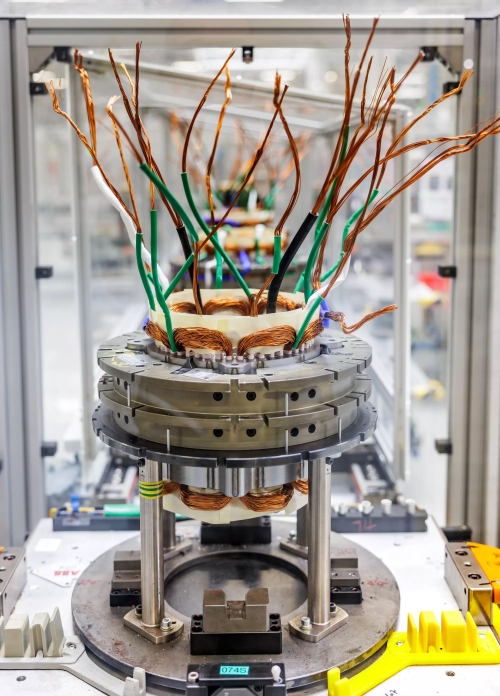 More compact and lighter than the Zoe’s engine, it has more power (96 and 160 kW) and better torque (300 N·m). It offers all the pleasure of electric driving, including instant acceleration that is both dynamic and linear.

To accelerate this transition and to support the rapidly growing electric market, this new assembly line for the ePT-160 kW motor has been set up after the renovation of approximately 8,000 m2. The production workshop includes 4 assembly lines and 2 winding lines with a production capacity of 120,000 motors per year, and thanks to its flexible design, could produce 240,000 motors per year.

Since 2015, the Cléon plant has been producing the electric powertrain for Renault Zoé, Twingo ZE, Kangoo ZE and Master ZE. It is expanding its range with the industrialization of the ePT-160 kW, which will also equip the future Renault C-segment model.

From 2024, production will be expanded with the ePT-100 kW engine for the future Renault 5 electric car and from 2027, with the new generation 200 kW electric motor, designed without rare earths and developed in partnership with Valeo and Valeo Siemens eAutomotive.