Sweden-based Nobina, the largest Public Transport Operator in the Nordic region, is buying 19 additional Ebusco 3.0 12-meter electric buses. The delivery of these buses is planned for mid-2023.

This follow-up order from Nobina brings the number of Ebusco buses in the Nobina fleet to a total of 100. By adding these 19 buses, 20% of Nobina’s bus fleet will be zero emission. In this way, Nobina is taking on a leading role in order to contribute to more fossil-free travel. 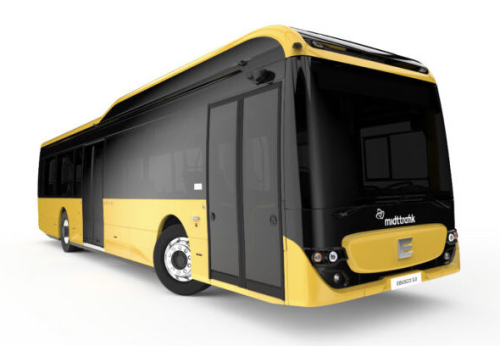 The 19 Ebusco 3.0 buses will be used for the Public Transport Authority Midtrafik in Denmark. In June, Nobina was awarded a new contract by Midttrafik to operate and develop city transport services in Horsens and the surrounding areas. All services will be operated by electric buses from the start of the contract in June 2023.

With 13,000 employees in four countries, Nobina serves one million people per day.

Separately, in June, Ebusco received first order for the Swedish market. Ebusco signed a contract with Svealandstrafiken in Sweden for 23 18-meter Ebusco 3.0 buses, to be delivered in the second half of 2023. This first contract in Sweden brings to eight the number of countries with Ebusco buses on the road.