The Metals Company (TMC) announced that its Australian subsidiary, The Metals Company Australia Pty Ltd., has entered into a research funding agreement with a consortium of institutions led by Australia’s Commonwealth Scientific Industrial Research Organisation (CSIRO) to create a framework for the development of an ecosystem-based management and monitoring plan (EMMP) for its proposed deep-sea polymetallic nodule collection operations in the Clarion Clipperton Zone (CCZ) of the Pacific Ocean.

The CSIRO-led consortium, which includes global leaders in the development and application of effective EMMPs in a diversity of marine areas, will leverage TMC’s extensive environmental baseline data—acquired in the company’s NORI project area in the CCZ—to help develop appropriate indicators and tolerance limits to create safe parameters for collecting seafloor nodules.

The work will form the scientific foundation of TMC’s future Adaptive Management System (AMS), a predictive system that will use environmental and operational data to enable the company to mitigate operational impacts in the deep-sea environment as much as possible. A core component of this system will be the Digital Twin, which is expected to provide robust scenario testing of seafloor mine plans, monitoring of nodule collection operations and a dynamic dashboard for review by stakeholders.

Last year our subsidiary, NORI, completed environmental baseline studies in partnership with leading marine research institutions. We’ve now got one of the world’s most extensive deep-sea datasets to hand over to the CSIRO-led consortium, experts with the practical experience we need to develop a scientifically robust framework for a marine ecosystem-based management program for NORI-D. I’m thrilled that these trusted and independent institutions have agreed to undertake this research, setting a high bar for future work in this industry.

—Gerard Barron, Chairman and CEO of The Metals Company 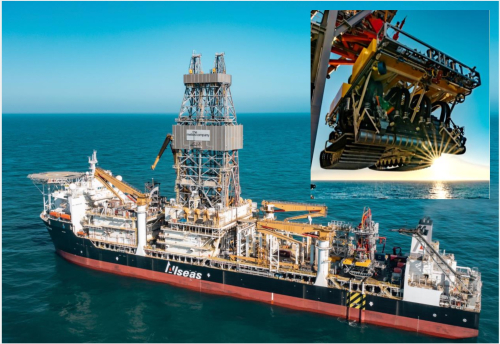 The Metals Company has invested significant resources in its deep-sea environmental baseline program, and in November 2021 the company entered into an agreement with Kongsberg Digital to develop a Digital Twin. As TMC prepares for pilot nodule collector system trials in the CCZ later this year, the CSIRO-led research project will propel the development of a management plan focused on the cumulative impacts of collecting nodules at a regional scale within the CCZ to enable TMC to operate within safe ecological limits. 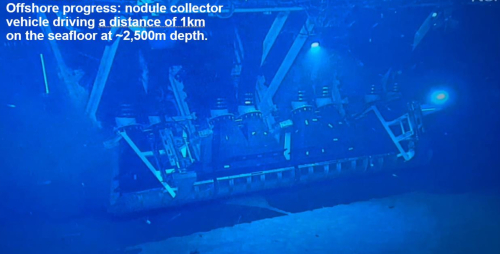 The company expects to employ the science-based framework developed by the CSIRO-led consortium in the Adaptive Management System—which will also draw on expert opinion and machine lear#ning to improve operational efficiencies and reduce the uncertainty of environmental impacts over time—ahead of planned commercial operations expected to commence in 2024.

The Metals Company is an explorer of lower-impact battery metals from seafloor polymetallic nodules, on a dual mission: (1) supply metals for the clean energy transition with the least possible negative environmental and social impact and (2) accelerate the transition to a circular metal economy. The company through its subsidiaries holds exploration and commercial rights to three polymetallic nodule contract areas in the Clarion Clipperton Zone of the Pacific Ocean regulated by the International Seabed Authority and sponsored by the governments of Nauru, Kiribati and the Kingdom of Tonga.

Deep sea mining remains controversial. In 2021, the BMW Group, Volvo Group and other companies launched an initiative as a precautionary measure not to use deep-ocean minerals or finance deep-sea mining until comprehensive scientific research into the impact of deep-sea mining can be conducted and the consequences for the environment are clearly assessed. (Earlier post.)

The California Seabed Mining Prevention Act is wending its way through the legislature (earlier post), and the Federated States of Micronesia is joining Samoa, Fiji and Palau in calling for a moratorium on deep-sea mining. However, Nauru, Tonga, Kiribati and Cook Islands have already sponsored mining projects.

Hopefully, they are really looking for metal nodules and not Russian submarines. If you do know what this is about, look up Glomar Challenger. The Russians lost a nuclear sub and did not know where it sank but the US Navy knew where it was. So the CIA hired Hughes Aerospace to build a large catamaran with robot gripper designed to pick up the sub. They were looking to recover missiles and code books but unfortunately the sub broke up before they were able to completely recover it and all they got part of the front. I had a good friend, also a MIT PhD, who said this made no sense as in the late 70s the metal was not worth the cost of the energy to bring it up.