The project is part of Pratt & Whitney Canada’s regional hybrid-electric flight demonstrator program. The company is targeting a 30% improvement in fuel efficiency and commensurate reduction in carbon dioxide emissions, compared to today’s most advanced turboprop engines for regional aircraft. 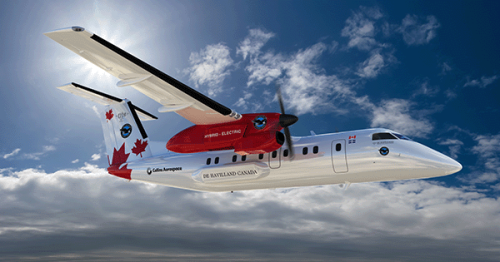 Hybrid-electric propulsion technology is a core element of our strategy for continually advancing the efficiency of aircraft propulsion systems, in support of the industry-wide goal of achieving net zero carbon dioxide emissions for aviation by 2050. Our collaboration with Ricardo brings valuable expertise around component design, system integration, and testing, which will ultimately enable us to demonstrate the potential of this technology, with ground testing starting later this year and eventual flight tests in 2024.

The deal represents a significant investment in Ricardo’s aerospace capabilities and resource, as it looks to explore new opportunities to work with customers in the global aerospace sector, which includes policy, strategy, technology implementation and consultancy.

And the usual crucial question - which is frustratungly usually left unmentioned and unaddressed in press releases and articles: are we also talking about series hybrid technology ? As in - propellers/rotor blades etc are always electric-powered and the battery/supercap etc powerpack is charged when needed by an ICE generator or perhaps even by a micro-turbine or two?
(After all, Canadian rocker Neil Young's weighty 2009 Lincvolt series hybrid plugin-able conversion used/uses a Capstone microturbine - not an ICE - to charge the battery-pack if/when the need arises:
https://en.m.wikipedia.org/wiki/LincVolt )
Paul G(Editor: EVUK...since 1999)

A turbine engine is an internal combustion engine just not a piston IC engine.