The Group is presenting the first two track sections for testing autonomous vehicles and assistance systems at the new BMW Group Future Mobility Center in Sokolov, the Czech Republic. At the new test site, the BMW Group will continue to advance electrification, digitalization and automated driving. 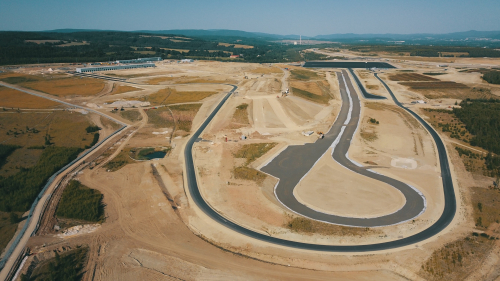 The proving ground in the Karlovy Vary region is about two-and-a-half hours’ drive from the BMW Group’s main development site, the Research and Development Center (FIZ), in Munich.

With the launch of the two test tracks and an exclusive insight into its testing operations, the BMW Group will showcase the first results of its €300-million investment in Sokolov. The testing facility is expected to be fully operational by mid-2023 and will have more than 100 employees working on site.

The New Technology Area, an approx. 90,000 m² homologation-capable area with three separate run-up tracks, provides optimal conditions for testing assistance systems and behavior in cross traffic as well as emergency braking and evasive situations. The tests are prepared and controlled from the adjoining control room with temporary workstations.

In the immediate vicinity of the New Technology Area is the six-kilometer Autonomous Driving Highway, a motorway-style circuit with on- and off-ramp scenarios for testing autonomous vehicles on motorways. The test motorway has been equipped with two functional lanes and an emergency stop lane as well as gantries and a straight stretch measuring more than 1,000 meters.