The General Authority for Suez Canal Economic Zone (SCZONE), The Sovereign Fund of Egypt (TSFE), The Egyptian Electricity Transmission Company (EETC), The New and Renewable Energy Authority (NREA) and India-based ReNEW Power company have signed a memorandum of understanding (MoU) to establish a project to produce green fuels; the investment cost is estimated at $8 billion.

The production capacity in the second phase during 2025-2029 aims to produce 200,000 tons of green hydrogen and one million tons of green ammonia with estimated investments of about $7,147 billion.

The site initially will be set on an area of 600,000 square meters in the Sokhna integrated Zone, bringing the production capacity of the two phases of green hydrogen to 220,000 tons and 1.1 million tons of green ammonia, said Zaki. 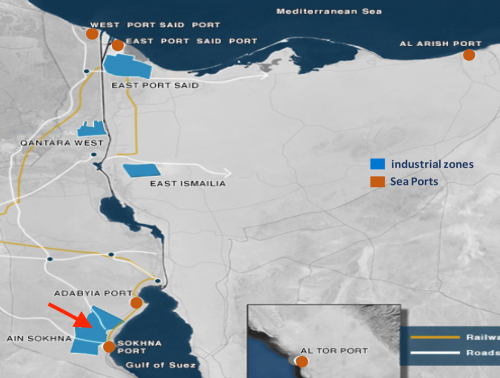 SCZONE has signed 8 MOUs so far in the field of localizing and manufacturing green fuels with several global key players and consortiums such as Maersk, Scatec, EDF Renewables, H2, and others. SCZONE still try to make binding contracts for several green hydrogen projects in conjunction with Egypt’s hosting of COP 27 next November in Sharm El-Sheikh.