Home About Contact RSS GCC Twitter Newsletter
BorgWarner on track for ~$3.7B of electric vehicle revenue by 2025
Michigan awards $285K to new mobility initiatives that improve roadway safety and sustainability, and customer service

Africa could overtake China as the world’s largest producer of natural graphite for lithium ion batteries as soon as 2026, according to Benchmark Mineral Intelligence, in a sign of the continent’s growing importance to the electric vehicle supply chain. 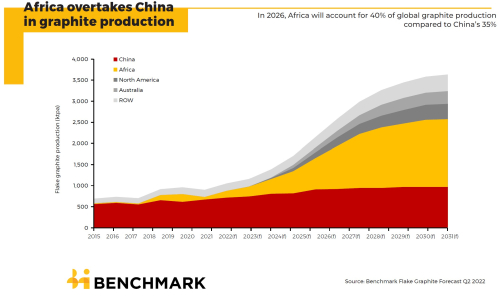 Benchmark forecasts Africa to increase its share of global graphite production from 15% in 2021 to 40% in 2026. In contrast, China is set to fall from 68% to 35%, according to Benchmark’s Flake Graphite Forecast.

The increased supply from Africa could help diversify global battery supply chains, if processing capacity is built outside of China. 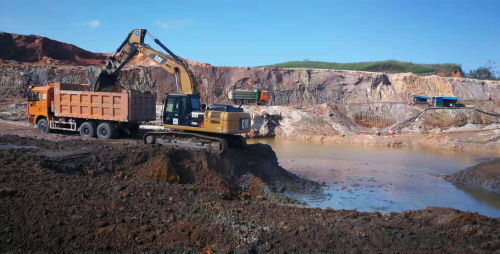 Graphite mine in Madagascar. Benchmark

China is currently the largest refiner of battery minerals such as lithium, cobalt and graphite—dominance that is not likely to end this decade, Benchmark forecasts.

In contrast, the US currently has 0.16% of the global cathode manufacturing capacity, 0.27% of the world’s anode capacity and 5.5% of the world’s lithium-ion battery capacity.

China also dominates global lithium refining and processing. The US and Canada currently refine only 3% and 3.5% of the world’s lithium and cobalt and compared to 59% and 75% for China, according to Benchmark’s Lithium Forecast. By 2030 the US and Canada will contribute about 7% and China 46%.

New lithium mines are set to be developed in the US, but their supply will be limited. According to the Benchmark Lithium Forecast, lithium chemical supply from North America is set to increase to nearly 60,000 tonnes LCE in 2025, underlining almost a four-fold increase on 2022 supply. However, that is enough for only around 1 million electric vehicles.