Mercedes-Benz is taking another step to scale up development and production of next-generation high-performance battery cells and modules by expanding its battery supply relationship with CATL through CATL’s newly announced battery plant in Debrecen, Hungary.

CATL will invest €7.34B to build the 100 GWh battery plant in Debrecen—its second battery plant in Europe following its German plant. Subject to the shareholder meeting approval, construction of the first production facilities will start within this year. The project will supply both cells and modules to European automakers.

To build a sustainable and circular battery value chain, CATL is also examining the possibility of joining forces with local partners to establish facilities for battery materials in Europe.

The new factory in Hungary expands a partnership between Mercedes-Benz and CATL which was first announced in August 2020 and marks the next milestone in a local-for-local purchasing strategy. 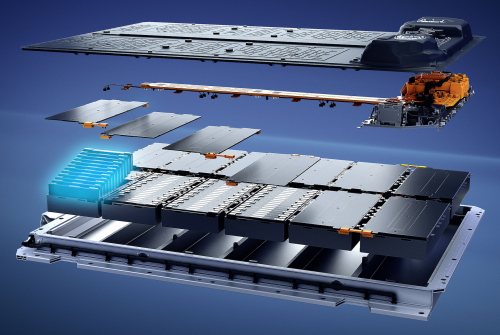 There is no doubt that our plant in Debrecen will enable us to further sharpen our competitive edge, better respond to our customers in Europe, and accelerate the transition to e-mobility in Europe. The green-field project in Hungary will be a giant leap in CATL’s global expansion.

Mercedes-Benz relies on a modular, highly standardized battery kit that allows the integration of battery cells and modules from different development partners through uniformly designed components and interfaces. CATL will provide these battery cells for the EV production at the European production sites of Mercedes-Benz in Germany and Hungary.

Mercedes-Benz’ goal is to reach production capacity of more than 200 GWh at 8 global production sites by the end of decade.

We need to ensure that supply chains are under control.

Sure, reduce costs and favor the location of enterprises to where they are most economic, but not at the expense of total vulnerability.

Globalisation was a strategy employed by the British, and then the Americans, as they were in a position to 'send in the gunboats' to prevent supply interruptions.

Where such absolute and overwhelming power does not exist, as far greater degree of autarchy and flexible supply chains are needed.