Fusion Fuel will receive an estimated €10-million grant as part of Component 14 (C-14) of the Portuguese Recovery and Resilience Plan to develop its 6.6MW HEVO-Industria green hydrogen project in Sines, Portugal. C-14 is focused on accelerating the energy transition by supporting the production of hydrogen and other renewable gases.

The HEVO-Industria project, which is expected to take FID (final investment decision) in the first half of 2023 and require €25 million of capital investment, consists of 300 HEVO-Solar units along with a hydrogen refueling station and associated balance of plant to support local industry. The project will produce an estimated 764 tonnes of green hydrogen per annum.

The facility will be equipped with Fusion Fuel’s HEVO-Night solution, which will enable the production of green hydrogen by HEVO-Solar generators overnight or during periods of low solar irradiation. The green hydrogen to be produced is expected to be used for mobility and industrial applications in Sines or blended in the natural gas grid. 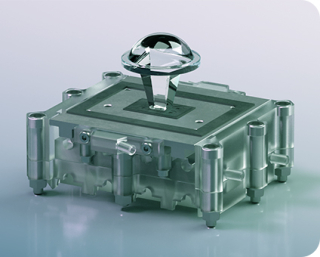 HEVO is Fusion Fuel's proprietary miniaturized PEM electrolyzer, designed to be small, lightweight, and mass-producible. HEVOs are affixed to the back of high-efficiency concentrated photovoltaic (CPV) panels to make a HEVO-Solar generator. When integrated with high-efficiency concentrated photovoltaic (CPV) tracker, the HEVO is able to leverage 100% of the energy from the sun—both electrical and thermal—to improve the efficiency of the electrochemical reaction and reduce the levelized cost of green hydrogen.

In a location with 2,100 KWh/m2/year of direct normal irradiance—such as Southern Portugal—each HEVO-Solar can produce one ton of green hydrogen per year using only solar power. The HEVO-Solar is able to utilize energy from the grid or secondary sources of power to operate overnight or when the sun isn’t shining, offering the potential to double the annual output of each unit.

H2 HEVO-SINES is part of a portfolio of projects that comprise Fusion Fuel’s large-scale IPCEI project in Sines, which would produce an estimated 61,848 tons of green hydrogen annually, equivalent to 606 MW of electrolysis capacity, once fully ramped up in 2026.

This means that virtually anywhere in the continental US hydrogen can be produced and stored on site, close to where it is needed, including fueling stations, so greatly reducing or eliminating transport costs for the hydrogen.

Here is an interactive map showing that there are ample solar resources near to point of use within the US:

Those who seek to argue that batteries are more efficient, should bear in mind not only that this utilizes thermal energy to increase the efficiency of electrolysis, but that BEVs will on occasion need to be charged when the sun isn't shining, so uses renewables means either transporting wind resources very large distances, grid transmission has an energy cost of around 6% of electricity, aside from other hassles and expense, or one way or another storing daytime solar energy.

So this sort of technology enables BEVs as well as fuel cell vehicles.

If this particular technology does not pan out, is too expensive or whatever, there are a host of others which can do the job of utilizing local solar.

I don't think I have clarified properly what I am seeking to argue.

For a BEV, pulling into a charge station with local solar during the day would mean that some of the power would come directly from the solar array, so no loss of efficiency.

Since presumably this would be fairly fast charge, that can mean an impractically large local array, but no worries with this, as the hydrogen element can cover that, albeit at a cost in efficiency.

So the only losses in efficiency happen to provide more convenience and practicality and BEV drivers could charge anytime day or night using renewables.

go go go hydrogen, i need a hydrogen infrastructure before 2030 when i gonna change my car.

And here is hydrogen blended in the existing NG pipeline network in the UK for 668 houses, a school and some businesses:

Not really too remarkable, as in spite of those claiming that reusing the NG pipelines for hydrogen is 'impossible', this is for 20% by volume, whereas the old town gas, aka coal gas, was up to 605 hydrogen by volume.

So it is clear that hydrogen can be both produced on site, or sent by pipelines to where it is needed.