Polestar to provide batteries to Candela for electric boats

The deal lets Candela tap into advanced automotive battery technology and scale up production of its electric boats.

I am fascinated by way Candela’s boats glide elegantly and efficient through, or better, over the water—amazing proof of the great aesthetics and experiences modern, sustainable technology can create. That Polestar will be part of future projects with Candela by supplying an essential part for the innovative propulsion of their boats, is awesome. As a battery supplier to Candela, we can help drive the transition to cleaner oceans and lakes, and electrify waterborne transport. 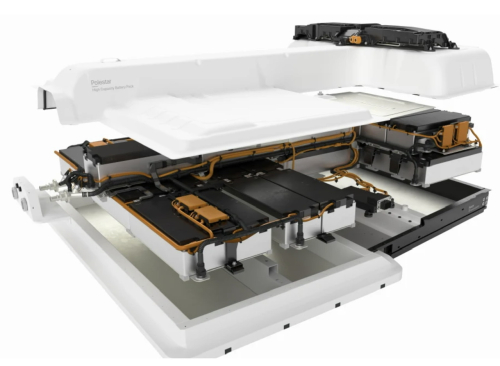 The deal between the two Swedish companies is an attempt to overcome the two major hurdles for electrifying boating. The first hurdle is the massive energy consumption of conventional powerboat hulls, which so far has resulted in poor performance of electric boats. This obstacle has been addressed by Candela’s hydrofoil technology that cuts energy usage of powerboats by up to 80%.

The second hurdle has been the prohibitively high cost of marine batteries for electric boats.

Electric boatbuilders typically have so far relied on smaller, boutique vendors of marine battery packs. Scarcity and high unit costs of these packs are two factors that have prevented electric boats from achieving parity with ICE vessels, Candela says.

Thanks to the partnership with Polestar, we’re able to secure state-of-the-art battery packs for our production ramp-up. As the number of electric vehicles increases worldwide, a steady battery supply will become increasingly important to hold a competitive edge and allow us to compete with combustion engine boats.

Candela’s hydrofoil craft are the fastest and longest-range electric boats on the market. Flying above the water’s surface at 30 knots, the Candela C-8 and P-8 Voyager use up to 80% less energy than conventional boats of the same size, due to much reduced water friction. The computer-actuated foils also provide superior seakeeping, zero wake and a silent ride. 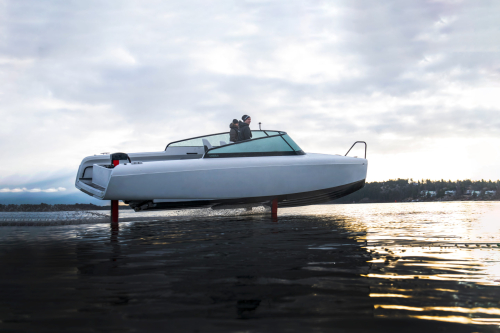 After launching the high-volume sales Candela C-8 leisure boat during the fall 2021 and shortly after raising €24 million from EQT Ventures, the Swedish boat maker is now moving into a new production plant where the P-series commercial vessels and C-series leisure boats will be produced.

The battery supply agreement is just the beginning of a broader intended partnership between Polestar and Candela, with both companies committed to exploring further opportunities for future collaboration.

Check out the numerous videos on the Candela's, if you have not already done so.