Home About Contact RSS GCC Twitter Newsletter
Bosch to invest more than $200M to produce fuel cell stacks for Class 8 trucks in South Carolina
Toyota to invest up to $5.6B in battery production in Japan and US

The plant, located at 1211 AFG Rd in Bridgeport, WV, has approximately 482,000 sqft. of industrial space available. The location can ultimately scale to a production capacity of 15 GWh/year. The facility was originally a glass plant that ceased production in 2009. 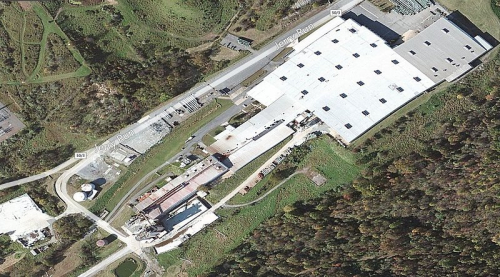 SPARKZ is excited to bring its patriotic power company to West Virginia and begin hiring coalfield families starting today. This is the perfect location to begin re-engineering the battery supply chain to end China’s dominance in energy storage. The support of Senator Manchin, Senator Capito is and West Virginia officials including Governor Justice will help us invest significant resources in workforce development and training for West Virginians with our partners at the United Mine Workers of America. Helping coalfield families transition into the new energy economy is central to our mission.

The site announcement accelerates plans to recruit, hire and train new employees through a partnership with the United Mine Workers of America (UMWA). The recruitment drive for the first 10 or so employees have already begun. This first cohort will be responsible for scaling the site location, preparing it for manufacturing and training the next 30-50 employees as production begins.

Founded by industry veteran and former US Department of Energy executive Sanjiv Malhotra, SPARKZ will begin commercialization of a high energy-density cobalt-free, US-made Lithium-ion battery, while continuing its research and development focused on re-engineering the rest of the battery supply chain.

The company’s first commercial product will eliminate cobalt, traditionally used in the cathode of a Lithium battery, with the objective of reducing the cost of lithium battery production in the US, while also eliminating a primary environmental concern, and reducing chokepoints created by a foreign supply-chain. SPARKZ will be announcing its customer and OEM partnerships soon.

SPARKZ was founded in late 2019 and has been in innovation mode. SPARKZ has completed the transfer of 6 patents from ORNL, which continues to be an R&D partner. In addition to being 100% cobalt-free, the patents also reduce production time significantly and enhance battery performance.