The Western Watersheds Project (WWP) has petitioned the US Fish and Wildlife Service to list the rare Kings River pyrg (freshwater snail) under the Endangered Species Act. The pyrg is only known to live in 13 small isolated springs around Thacker Pass in Humboldt County, an area where Canada-based Lithium Americas plans to develop a lithium mine. 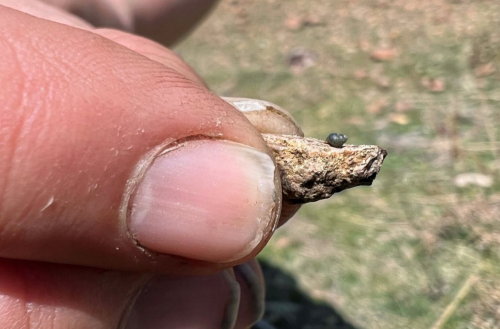 Lithium Americas is focused on advancing the Cauchari-Olaroz and Pastos Grandes projects in Argentina and the Thacker Pass project in Nevada. Thacker Pass is the largest known lithium resource in the United States. (Earlier post.) 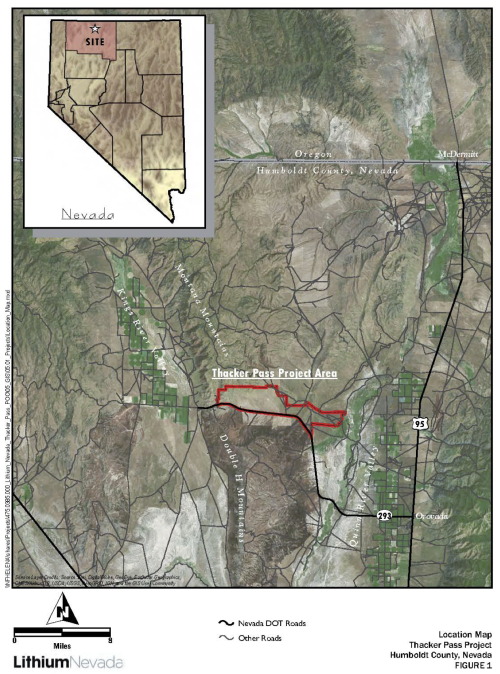 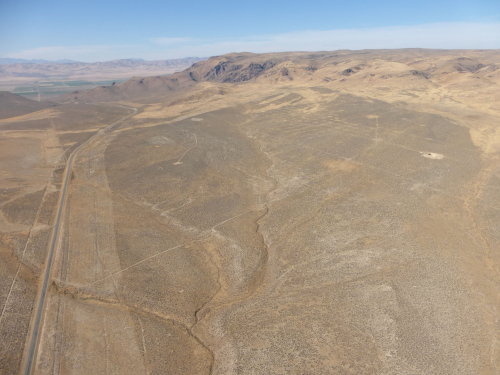 Background. Thacker Pass is situated at the southern end of the McDermitt Caldera, approximately 100 km northwest of Winnemucca, in Humboldt County, northern Nevada. In 2018, Lithium Americas completed a pre-feasibility study (PFS) on a two-phase project with a production capacity designed to reach 60,000 tpa of battery- quality lithium carbonate (Li2CO3) and 46-year mine life. A feasibility study (FS) for Phase 1 of 40,000 tpa Li2CO3 and Phase 2 total capacity of 80,000 tpa Li2CO3 is expected this year. 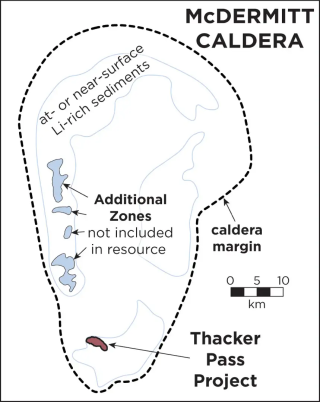 The project will be developed as an open-pit mining operation using conventional continuous mining equipment. Given the soft, clay nature of the deposit, minimal blasting and crushing is anticipated. The sedimentary-clay deposit at Thacker Pass will use similar mining techniques to many coal deposits.

The shallow (average depth of 300 ft), open-pit will be mined in blocks and actively reclaimed. Once one block is mined to the bottom, mining will move to the next block while backfilling begins in the previously mined area. The backfilled pits would then be capped with topsoil and revegetated with native species.

In 2019, Lithium Americas entered into a mine design, consulting and mine operations agreement with Sawtooth Mining, a subsidiary of North American Coal. North American Coal has over 60 years of surface mining experience and manages reclamation for over 200,000 acres under regulatory permits.

The ore will be processed in a leaching circuit using sulfuric acid to liberate the lithium from the claystone. Following the leaching process, the lithium bearing solution will be purified using crystallizers and reagents to produce battery-quality Li2CO3.

The Thacker Pass operation will include a co-located sulfuric acid plant that will convert molten sulfur into sulfuric acid. This process produces steam, which will be use to generate power for the processing facilities. Co-locating a sulfuric acid plant reduces the number of trucks on the road, as each ton of sulfur can create three tons of sulfuric acid, and sulfur is safer to transport.

Thacker Pass received a Record of Decision in January 2021 from the US Department of the Interior Bureau of Land Management (BLM). On 25 February 2022, state approved the air quality permit, water pollution control permit and the reclamation permit for Thacker pass. On 7 March, Great Basin Resource Watch (GBRW) filed an appeal to the Nevada State Environmental Commission (NSEC), challenging the Nevada Division of Environmental Protection’s Water Pollution Control Permit for the Thacker Pass Lithium Mine.

GBRW submitted an independent report on the proposed tailings facility. On 14 June, the NSEC struck the report. On 28 June, a hearing on the appeal resulted in the commission voting to deny the appeal, and uphold the water pollution control permit.

On 20 July, the company’s Lithium Technical Development Center (LiTDC) was officially opened in a ceremony attended by the company’s leadership team, Nevada Governor and University of Nevada, Reno President.

The endangered species petition represents the latest effort by conservationists opposed to the construction of the mine. Conservationists say the Kings River pyrg is highly vulnerable to natural and human-caused threats, including livestock grazing, various impacts associated with the recently approved Thacker Pass lithium mine, spring modification, hydrological drought, climate change, and the inadequacy of existing regulatory mechanisms.

Conservationists claim the mine’s operation would deplete aquifers that feed the springs inhabited by the Kings River pyrg, causing springs to dry up and threatening the species’ survival.

I welcome the petition so as to maintain a certain accountability and attention to what would otherwise have been a late 20th century-type, industrio-mining, exploitation smash-and-grab. Understanding the effects of land use and providing a forum for the locals and other interested parties to voice concerns, especially as those concerns have to be increasingly articulated as rational, empirical, science-based arguments have been helpful - possibly even leading to technological solutions and even a culture of planned, post-use remediation. But at the end of the day, 99% of all species have gone extinct since evolutionary mechanisms emerged and the earth has undergone many complete 'system reboots' of its ecosystems, meaning that next-to-nothing has existed since before the last epoch. Nothing is sacred and all things have to justify their existence, even as we aspire not to exploit, destroy, and clear the earth's surface (and directly below) indiscriminately. Water sources are certainly a resource worth managing.

These water resources and the existence of the snails is doomed by the growing threat from climate change, propagated by the continued use of fossil fuels. Offsetting the effects of fossil fuels by converting to electric transportation is a greater benefit to the snails than not.