LiquidPiston announced a $1.7-million Phase II award from the US Army to continue the development of the company’s Hybrid Electric X-Engine (HEXE) propulsion system. (Earlier post.) The Phase II award is a result of successful completion of a Phase I xTechSearch Small Business Innovation Research (SBIR) award previously announced.

LiquidPiston’s HEXE propulsion system, prototyped and demonstrated at the end of Phase 1, will deliver fuel-efficient power as well as advanced take-off and inflight capabilities to meet the Army’s Future Tactical Unmanned Aircraft System (FTUAS) Vertical Take-Off and Landing (VTOL) goals, including compatibility with military-grade heavy fuels such as JP8.

The hybrid system changes the concept of operation, allowing quiet, electric-only cruise in addition to electric-assist sprint and climb modes. 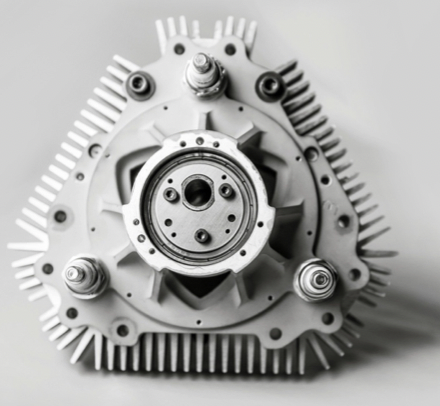 The result is a purpose-designed power source for a hybrid-electric propulsion platform where portability, efficiency, low maintenance and jet fuel compatibility all work to overcome current range and payload shortcomings. In particular, the X-Engine propulsion system can toggle power between all-electric, engine-only, or a combination of both—all on demand—while being able to restart the engine in-air on jet fuel.

The system recharges batteries in flight, so that the batteries can be sized to provide power vertical takeoff and landing as well as up to 30 minutes of quiet (electric) cruise. The HEXE VTOL system allows the Army to launch and land in small areas, and set up and stow quickly.

One of the Army’s major areas of focus for modernization is Future Vertical Lift (FVL). Over the past few years, Army xTech judging panels have repeatedly recognized LiquidPiston’s technological developments in holding great promise for supporting critical Army requirements for FVL modernization. We are pleased to see their efforts advance with this Army Phase II SBIR program.

LiquidPiston has more than 70 patents related to thermodynamics and advanced engine design that will enable a new family of engines and generators that are lightweight, compact, highly efficient and portable. This Phase II contract builds on more than 10 years of R&D with DARPA, the Army, and industry leaders to improve the maturity of the X-Engine technology.

It would be nice as a range extender if you could get the whole system:
(engine, generator, fuel tank, exhaust++) into a compact package, and use a fuel that won't "go off" if stored for a long time.

Q: why has it taken them so long to get this working...