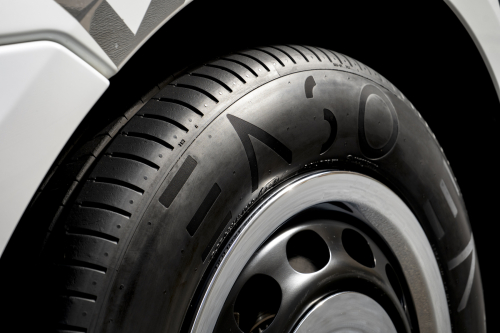 ENSO’s tires have already achieved ‘A’ energy-efficiency ratings in Germany, and last year broke a Hypermiling World Record, extending the range of an unmodified Renault Zoe by 50 miles (12%) compared to standard OE tires.

With EVs wearing their tires 20-50% faster than conventional cars, and particulate matter from tires already a major source of UK air pollution according to DEFRA—as well as being responsible for 28% of all primary microplastics in the world’s oceans according to a report by the International Union for Conservation of Nature and Natural Resources (IUCN)—the necessity to reduce environmental impact and the opportunity to improve total operating cost is now critical.

Ongoing partnerships include a collaboration with the Mayor of London, Transport for London (TfL), DPD and Royal Mail, to deploy ENSO’s range-extending, low-emission tires on final-mile EV delivery fleets across the capital.

Another fleet operator to take advantage of ENSO’s tires is Zeti, which has begun fitting ENSO’s range-extending ‘A’-rated tire for electric taxis, to more than 100 of its LEVC TX London black cabs.

Taxi drivers using the Enso tires will pay no up-front costs but instead pay a subscription fee of around one pence per mile. Zeti uses telematics to lease EVs from Jaguar, LEVC and Tesla to fleets on a cost-per-mile basis.