BNSF Railway plans to invest more than $1.5 billion to construct a master-planned rail facility in Southern California—the first being developed by a Class 1 railroad. The Barstow International Gateway will be an approximately 4,500-acre new integrated rail facility on the west side of Barstow, consisting of a rail yard, intermodal facility and warehouses for transloading freight from international containers to domestic containers. 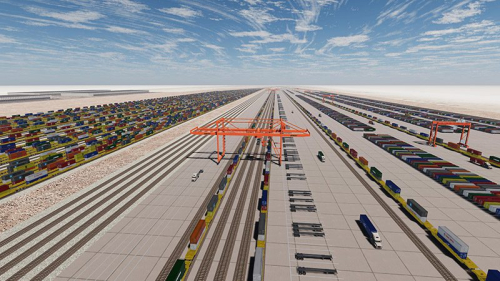 This process creates inefficiencies and unnecessary truck trips within the Los Angeles Basin and Inland Empire that can impact supply chain distribution, the environment, and communities surrounding ports and warehouses.

The new facility will allow the direct transfer of containers from ships at the Ports of Los Angeles and Long Beach to trains for transport through the Alameda Corridor onto the BNSF mainline up to Barstow. 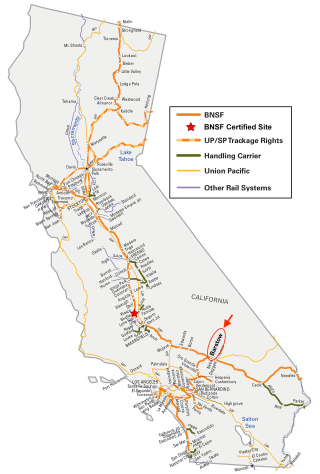 Once the containers reach the Barstow International Gateway, they will be processed at the facility using clean-energy powered cargo-handling equipment, and then staged and built into trains moving east via BNSF’s network across the nation. Westbound freight will similarly be processed at the facility to bring trains to the ports and other California terminals more efficiently. 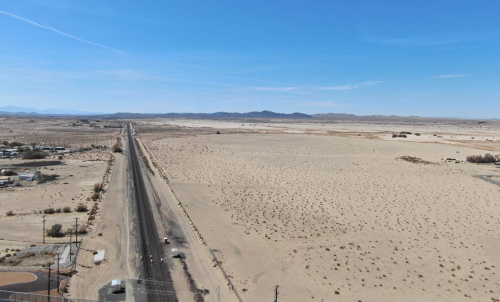 BNSF said that the location of the facility near primarily undeveloped land not adjacent to urbanized areas will minimize potential community impacts in Barstow.