Rio Tinto is partnering with the Government of Canada to invest up to C$737 million (US$537 million) over the next eight years to decarbonize its Rio Tinto Fer et Titane (RTFT) operations in Sorel-Tracy, Québec, and to position the business as a center of excellence for critical minerals processing. 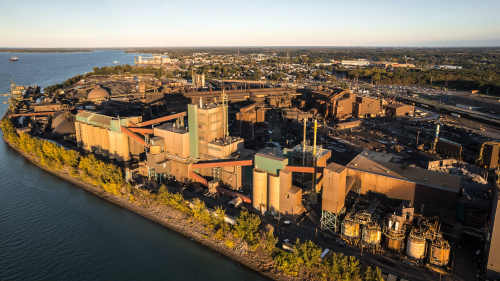 The partnership will support technological innovations that represent a first step towards reducing greenhouse gas emissions from RTFT’s titanium dioxide, steel and metal powders business by up to 70%. It will also progress initiatives to diversify RTFT’s product portfolio, reinforcing Rio Tinto’s position as a North American supplier of critical minerals for key growth sectors such as electric vehicles, 3D printing and aerospace.

The Government of Canada is investing up to C$222 million (US$162 million) over the next eight years to support these initiatives through its Strategic Innovation Fund (SIF), which supports large-scale, transformative, and collaborative projects that will help position Canada to prosper in the global knowledge-based economy.

The partnership will support projects including: 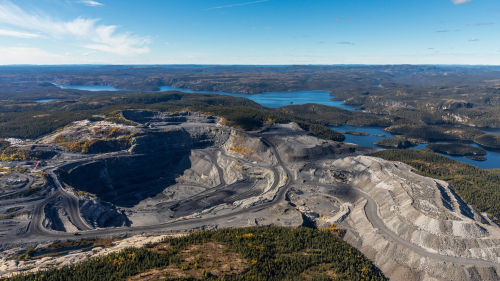 Rio Tinto’s mine at Lac Tio is located 43 kilometers north-east of Havre-Saint-Pierre on the largest solid ilmenite deposit in the world.

A demonstration plant is currently under construction at the RTFT metallurgical complex in Sorel-Tracy to test and validate this technology developed by scientists from Rio Tinto’s Critical Minerals and Technology Center. Construction of the demonstration plant, which will have a capacity to process up to 40,000 tonnes of ilmenite ore per annum, is expected to be completed in the first half of 2023.

If fully implemented, the BlueSmelting project has the potential to deliver a reduction of up to 70% in RTFT’s overall greenhouse gas emissions, a decrease of approximately 670,000 tCO2e based on 2021 emissions or the equivalent to removing 145,000 cars from the road.

Increasing scandium production. After becoming the first North American producer of scandium, a critical mineral used in solid oxide fuel cells and aluminum alloys, earlier this year, Rio Tinto is planning to quadruple its production capacity to reach up to 12 tonnes of scandium oxide per year, from the current nameplate capacity of three tonnes.

New modules will be added to the existing plant, which uses an innovative process to extract high purity scandium oxide from the waste streams of titanium dioxide production, without the need for any additional mining. The C$30-35 million (US$22-26 million) project is expected to start producing scandium oxide in 2024.

Adding titanium metal to the portfolio. Rio Tinto is partnering with other titanium industry participants to advance the development of a new process for extracting and refining titanium metal, a high-performance material used in the medical, aerospace, and automotive industries.

Rio Tinto is setting up a pilot plant at the RTFT metallurgical complex to validate this low-cost process which requires no harmful chemicals and does not generate direct greenhouse gas emissions. The plant is expected to be completed by the end of 2023.

This project has the potential to greatly increase the production of raw titanium metal in North America, while strengthening the security of supply for this critical mineral for Canadian and US manufacturers.

RTFT. Rio Tinto Fer et Titane (RTFT) has been processing ore from northern Québec for more than 70 years. It is a world-leading producer of high-grade titanium dioxide feedstock and also produces iron and steel used in specialized applications such as the automotive industry and wind turbines.