Lexus announced the global debut of the new UX 300e, a significant evolution of the brand's first production BEV model. The updated UX 300e joins the new UX 200/250h announced earlier this year, with deliveries scheduled to begin in spring 2023. 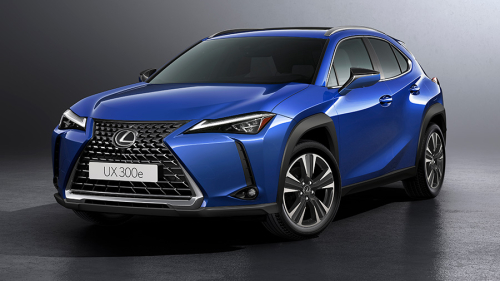 In 2020, Lexus launched UX 300e as the brand’s first production BEV model. In 2022, this was followed by the introduction of the Lexus RZ, a dedicated BEV model. As of the end of August 2022, cumulative sales of Lexus electrified vehicles stand at approximately 2.3 million units, as the brand accelerates their development.

Enhancements unique to the BEV powertrain include a newly developed battery pack with capacity increased from 54.4 kWh to 72.8 kWh, resulting in a cruising range of 450 km—more than 40% further than the current model. Energy consumption is 166.7 Wh/km.

The UX 300e also inherits the further refinements made to the dynamic precision of the UX series for confidence-inspiring performance, along with the expanded functionality of active safety technologies, and the evolution of advanced features through the latest multimedia system.

The updated UX 300e underwent testing and evaluation at Toyota Technical Center Shimoyama. The low center of gravity created by the under-floor placement of the BEV battery pack gives the UX 300e a natural performance advantage, as do standard rear Performance Dampers. For even more refined dynamics, body rigidity was strengthened with the addition of 20 spot welding points, and the Electric Power Steering (EPS) and shock absorbers were optimally tuned for the all-electric model.

Functionality of the “Lexus Safety System +” active safety technology was expanded with the aim of providing a safer and more secure driving experience. In addition, the latest multimedia system brings a larger, higher resolution touch panel display, the form and switch layout of the instrument panel and console area have been optimized, and two new Type-C USB connectors have been added to the front of the console for improved usability when charging devices.

In the many articles i have read about this vehicle, no mention anywhere on maximum/ average charging speed, that was the achilles heal with this car, the 54.4 kWh battery was just fine, the 35 kW charging was abysmal for 2022. If it does not charge with at least 100 kW, this is just again Toyota (Toyoda) being an arse