At the Paris Motor show (17-23 October) HYVIA is presenting the production version of the hydrogen-powered Renault Master Van H2-TECH, made in France and going on the road in Europe. 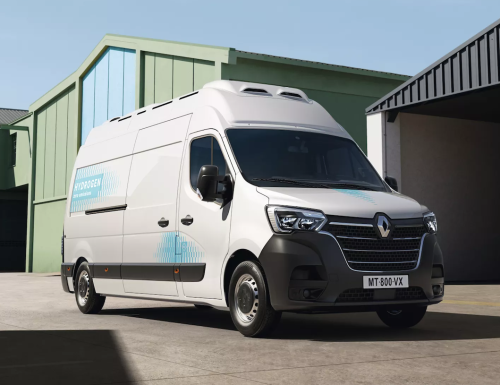 Master Van H2-TECH is a hydrogen-powered large van, with a loading volume of 12m3, adapted to the transport of goods and packages, that meets the needs of professionals for their intensive usages. It is equipped with a 30kW fuel cell, a 33kWh battery and tanks containing 6.4 kg of hydrogen (4 tanks of 1.6 kg).

HYVIA is also displaying its prototypes Master City Bus H2-TECH and Master Chassis Cab H2-TECH, that will go on the road next year, as well as a hydrogen refueling station and a fuel cell prototype.