The Danish bus company Vikingbus has ordered 31 Mercedes-Benz eCitaro all-electric vehicles. In future, they will mainly be used in Køge, a harbor town south of the Danish capital Copenhagen in the east of the island of Sjӕlland. 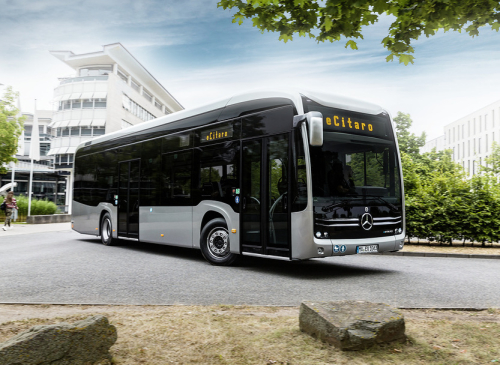 The regular service also includes trips to the municipality of Stevn, which is further south. This is the longest city bus line in Denmark, resulting in some trips longer than 500 kilometers a day—very rare for a city bus.

The 31 eCitaro vehicles are prepared for this, focusing on the latest generation of NMC3 batteries with a high energy density and a total capacity of 588 kWh. The city buses are planned to go into operation at the turn of the year 2023/2024.

Vikingbus is one of the leading bus companies in Denmark with around 450 city buses, intercity buses and touring coaches as well as 13 bases throughout the country. The private company is based on a merger of 17 companies and is fully Danish owned. It offers a wide range of transport and services, including ambulance transport in Denmark and beyond.

In addition to the order for the 31 eCitaro, Vikingbus has ordered several Mercedes-Benz Intouro buses for use as school buses in the Jutland region. Vikingbus also placed an order for ten new-generation S 517 HDH type luxury touring coaches from Setra. Several Intouro and Setra 517 HDH vehicles are also planned to go into service in 2023.