Solid-state sodium-ion battery company LiNa Energy has closed out a £3-million (US$3.4-million) late seed funding round, primarily from existing investors. (Earlier post.) This funding will accelerate the path to commercialization through developing a next-generation electrolyte, automating manual processes to assemble more cells, and perform pre-FEED studies ahead of investing in the next scale of manufacturing facilities. In addition, the funding gives LiNa Energy to deliver customer trial programs including feasibility studies and co-testing with the Eden Project and Garic, with whom they have MoUs in place to demonstrate its technology in its beachhead applications. LiNA will also build a presence in India where LiNa has signed an MoU with Social Alpha to optimise product development for the India market and oversee battery cell testing and future pilot projects. 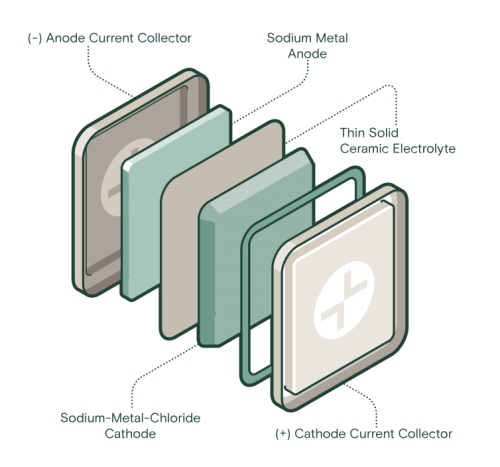 This year’s late seed funding round builds on the foundation of the funding raised in October 2021 which focused on two core activities: accelerating the technology development and progressing commercialization activities.

This funding enabled LiNa in a year to not only double its R&D space to ~5,000 sqft by fitting out a new lab for cell assembly, quadruple cell testing capacity and invest in lab based manufacturing processes and equipment to increase cell manufacturing capacity, but also grow the LiNa team to 29 people.

The company expects to be launching a Series A in Q2 2023 to fund a pre-pilot line. This is critical to LiNa’s growth as the pre-pilot line will demonstrate the ability to manufacture batteries at consistent quality using automated processes and provide the capacity to meet the demands of customer trial programs.

To date the company has secured more than £10.5 million (US$12 million) in equity seed funding and been awarded several prestigious grants, working with key partners including the Advanced Propulsion Centre UK, Faraday Battery Challenge, Innovate UK and the Department for Business, Energy & Industrial Strategy.

LiNa began work on its novel battery technology as a spin-out of Lancaster University in 2017 and has led several grant research projects to progress and demonstrate the technology including a recent independently validated demonstration as part of Innovate UK’s Faraday Challenge of a kilowatt hour scale system inclusive of battery cells, battery management system, thermal management, module housing, and instrumentation.

An interesting version of the zebra battery. Zebra used a beta-alumina ceramic separator, I wonder if they are using something similar (too many solid state design use exotic elements in the separator).
They promise <$50/kwh and >4000 cycles.

Negative points: it's a hot battery (200C) and uses nickel.
I find interesting they use sodium-"metal-chloride" label instead of sodium-nickel-chloride. Maybe they are exploring alternatives to nickel? There obscure references in the 80s/90s referring to a successful sodium-iron-chloride version of the chesmistry.

They're not "commercializing" anything.