Rapidus is intended to work with Japan’s also newly established Leading-edge Semiconductor Technology Center (LSTC)—a joint R&D hub with US and European participants—to build a mass production base for next-generation semiconductors in Japan.

Rapidus will work on the research and development of 2nm generation semiconductor integration technology and short turnaround time (TAT) manufacturing technology based on Japan-US collaboration.

Rapidus will collaborate with IBM and other companies in the United States to develop technology for 2nm-generation logic semiconductors; Rapidus will demonstrate it with a test chip. After the research period ends, Rapidus aims to commercialize it as an advanced logic foundry. 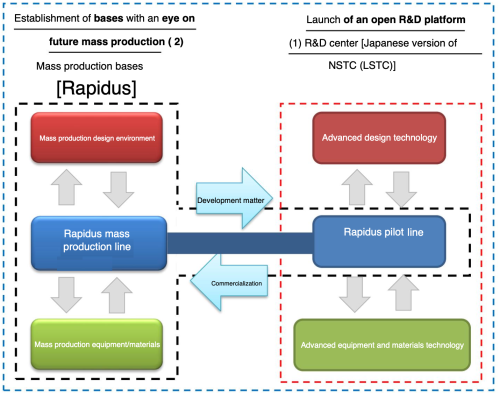 Japan, notes the Nikkei, has some catching-up to do. Its latest logic semiconductor production lines are for 40-nm chips. Japan had not been able to keep up with the massive investments by companies overseas and other governments as competition in advanced technologies has been hot since the 2010s.