A Mercedes-Benz GenH2 Truck prototype has successfully completed its first high-altitude tests on public roads. A major point on the checklist of the test program: crossing the Brenner Pass, one of the main arteries of European freight traffic. 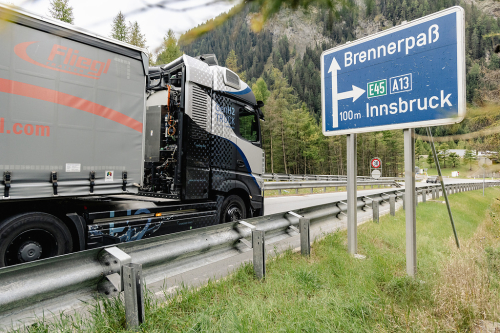 In 2019 alone, around 40 million tons of freight were transported by truck via the four-lane transit route located at an altitude of up to 1,370 meters at the border between Austria and Italy. That corresponds to almost 2.5 million trucks per year.

During the week-long test drives, the Daimler Truck engineers repeatedly crossed the Brenner Pass with the fuel-cell semi-trailer truck carrying a typical load, on the 120 km highway stretch between Bolzano and Innsbruck. 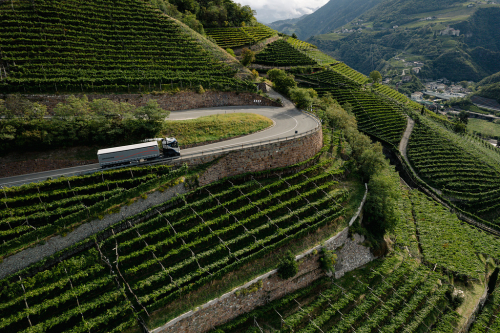 The city of Bolzano in Italy, served as the base for the test drives, as it hosts a hydrogen filling station operated by H2 South Tyrol. Moreover, the topography of the surrounding area is ideal for thorough performance tests of the fuel-cell system at various altitude levels. 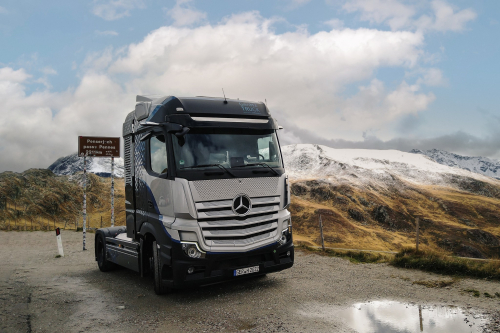 One of the highlights of the tests was driving the tractor unit up the Penser Joch Mountain to an altitude of 2,211 meters. The findings of this first altitude test program with regards to the interaction of fuel-cell and battery in demanding topography, as well as the forward-looking operating strategy on the Brenner route, are now being incorporated into the further development towards the series vehicle. More test drives in mountainous terrain are planned for the coming year.

Daimler Truck is pursuing a dual-track strategy in the electrification of its portfolio with both battery-electric and hydrogen-based drives. The Mercedes-Benz GenH2 truck is being developed particularly for flexible and demanding applications in the important segment of heavy-duty transport and long-haul applications. The development goal is a range of 1,000 kilometers and more. Start of series production is planned for the second half of the decade.