Aviation H2 has commenced testing on a Swiwin SW170b-2448 turbine, using jet A fuel to develop the baseline data required to compare the engine’s performance once they convert it to a carbon-free fuel. With the initial trials complete, the company will start pulling apart the engine and designing the modifications, then rebuild it so it runs on liquid ammonia, the company’s hydrogen carrier of choice.

This forms a key part of Aviation H2’s strategy, as success will deliver a proof-of-concept for the flame in the engine to combust and power the turbine at 100% capacity. 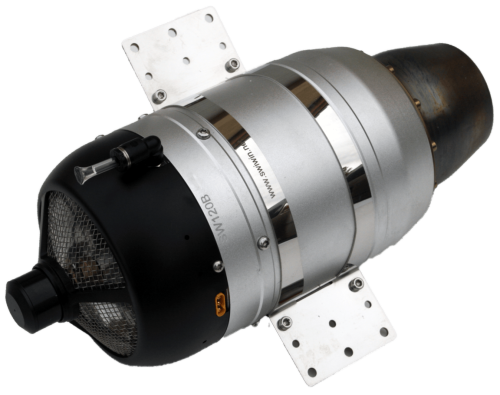 Aviation H2 believes the microjet engine will be operating off liquid ammonia in early 2023, followed by a rigorous testing process to optimize its performance.

Once we have proven liquid ammonia can power the engine cleanly at 120,000 revs per minute, we will have shown the modification model we developed in the feasibility study conducted earlier this year to be correct. Following this, we will enter the next stage of developing our technology, which will see us purchase a Dassault Falcon 50 and begin converting the plane for emissions-free flight using liquid ammonia.

With a proof of concept set to be delivered at the beginning of 2023, the company expects to have the Dassault Falcon 50 in the skies in 2024.

Ammonia will cost less than conventionnal jet fuel and be carbon neutral. Im interrested in buying a ticket.