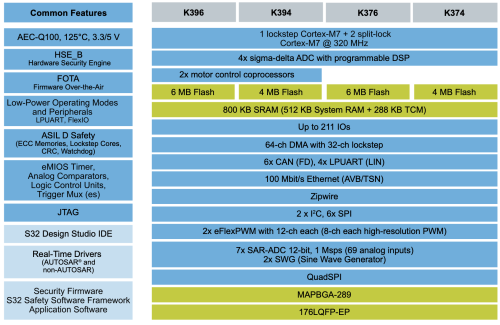 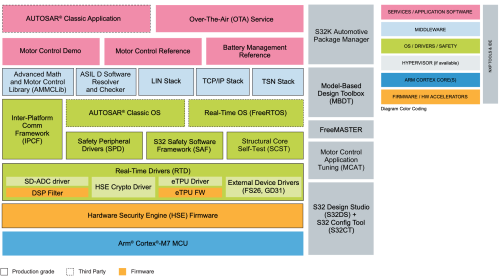 Because of its versatile architecture, the S32K39 series is suited to address a wide range of EV applications beyond traction inverter control, including battery management (BMS), on-board charging (OBC) and DC/DC conversion. With support for hardware isolation, time-sensitive networking and advanced cryptography, it is well-positioned to support software-defined vehicles and zonal architectures.

The S32K39 is the highest performance member of the S32K family with four Arm Cortex-M7 cores at 320 MHz configured as a lockstep pair and two split-lock cores. It supports up to 6 MB of flash memory and 800 KB of SRAM.