Buick will introduce its first electric vehicle in China developed on GM’s Ultium platform later this year. Deliveries of the five-seat SUV will begin in the first half of 2023. It will be followed by a second Ultium-empowered EV, also next year. 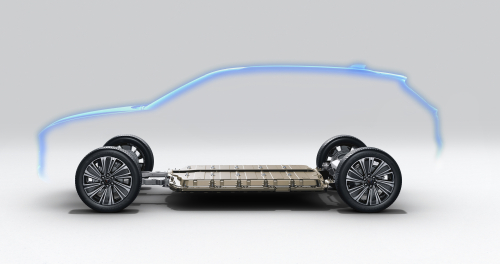 The announcement came shortly after GM announced plans to roll out more than 15 Ultium-based models in China by 2025, and reinforced its commitment to making electric vehicles more connected and intelligent.

GM is accelerating the introduction of Ultium-empowered EVs in China to support the market’s move toward an all-electric future.

Buick’s Ultium-based EVs will also feature a suite of other technologies, including the enhanced Super Cruise driver assist technology as well as the new-generation Virtual Cockpit System jointly developed by GM and PATAC, GM’s automotive engineering and design joint venture in Shanghai.

Buick’s new EV models will be accompanied by the introduction of new sales and marketing services. By the end of 2023, up to 58 Buick EV City Showrooms will open across the country and more than 600 Buick NEV Zones will open across Buick’s dealership network.

Additionally, Buick is establishing dedicated Buick charging facilities and partnering with mainstream third-party charging operators to make available over 400,000 charging poles across the country by the end of 2023.

Buick has been introducing a family of new energy vehicles under the VELITE nameplate over the past five years. The Buick VELITE family offers a broad range of body styles and technology solutions. More information about the Buick Ultium-based EV SUV will be shared at a later time this year.

Following the Cadillac LYRIQ all-electric intelligent SUV, which started customer deliveries in September, a wide spectrum of Ultium-based models across brands, segments and body styles are ready for massive rollout in China. The Cadillac CELESTIQ showcased at the 5th China International Import Expo will be the first product to be brought in by The Durant Guild—GM’s new lifestyle platform.

The Ultium-empowered Chevrolet FNR-XE concept, which was revealed at Tech Day 2022, represents the brand’s significant next step forward toward a greener future. It also previews Chevrolet’s new generation of electric intelligent connected vehicles custom developed for the Chinese market.