Neste and CIM, part of NOVEN Group in France, the leading independent French group of companies providing oil storage and supply services, are collaborating to enable the supply of Neste MY Sustainable Aviation Fuel into France. The collaboration enables fuel marketing companies to comply with the French mandate for sustainable aviation fuel (SAF), which has set a requirement to include a minimum of 1% SAF in jet fuel for all commercial flights from French airports in 2022. 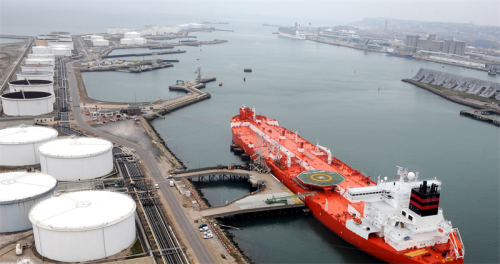 Compagnie Industrielle Maritime (CIM), part of NOVEN Group, plays a major role in the energy supply infrastructure in France and operates the biggest import terminal in Le Havre, France via which SAF will be delivered from Neste to the local fuel suppliers.

From Le Havre, the blended SAF will be transported by the TRAPIL pipeline to airports where it will be used to fuel aircraft. Pipeline distribution reduces greenhouse gas emissions of the fuel transports when compared to conventional logistics by tanker trucks.

Neste and CIM are committed to supporting and accelerating the transition of the aviation industry from conventional jet fuel use to SAF, which is widely acknowledged as a key element in helping achieve aviation’s ambitious emissions reduction goals. The cooperation serves as an example of how different stakeholders in the aviation fuel supply chain are working together to achieve these goals. It also shows how existing infrastructure can be used to transport SAF, which works seamlessly with existing fueling infrastructure and aircraft engines.

Through SAF mandates and partnerships like this in France, we will together drive the increased use of SAF and help build momentum in tackling aviation’s emission reduction challenge. Neste is committed to contribute significantly as we are increasing our global SAF production capacity to 1.5 million tons per annum by the end of 2023. We have also announced the expansion of our Rotterdam renewables refinery.