Airbus is developing a hydrogen-powered fuel cell engine. The propulsion system is being considered as one of the potential solutions to equip its zero-emission aircraft that will enter service by 2035. 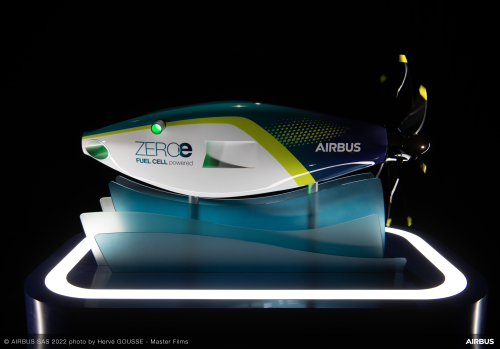 Airbus will start ground and flight testing this fuel cell engine architecture onboard its ZEROe demonstrator aircraft towards the middle of the decade. The A380 MSN1 flight test aircraft for new hydrogen technologies is currently being modified to carry liquid hydrogen tanks and their associated distribution systems. 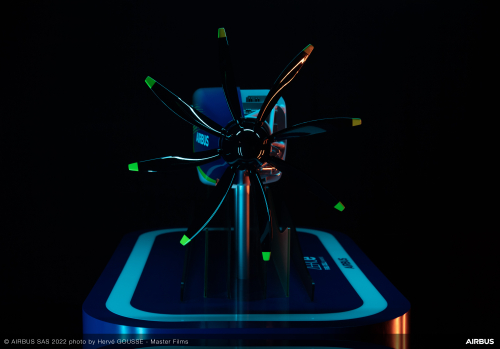 Fuel cells are a potential solution to help us achieve our zero-emission ambition and we are focused on developing and testing this technology to understand if it is feasible and viable for a 2035 entry-into-service of a zero-emission aircraft.

At scale, and if the technology targets were achieved, fuel cell engines may be able to power a one hundred passenger aircraft with a range of approximately 1,000 nautical miles. By continuing to invest in this technology we are giving ourselves additional options that will inform our decisions on the architecture of our future ZEROe aircraft, the development of which we intend to launch in the 2027-2028 timeframe. 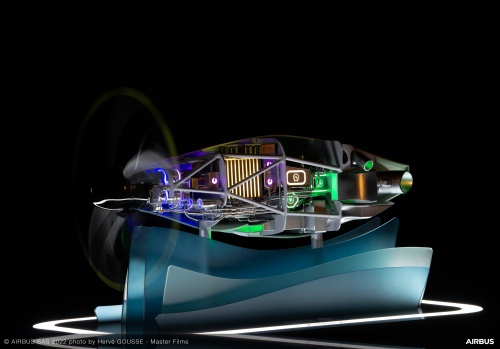 Airbus identified hydrogen as one of the most promising alternatives to power a zero-emission aircraft, because it emits no carbon dioxide when generated from renewable energy, with water being its most significant by-products.

There are two ways hydrogen can be used as a power source for aircraft propulsion. First via hydrogen combustion in a gas turbine, second, by using fuel cells to convert hydrogen into electricity in order to power a propeller engine. A hydrogen gas turbine can also be coupled with fuel cells instead of batteries in a hybrid-electric architecture.

Airbus has unveiled several possible aircraft concepts—known collectively as “ZEROe”—which are helping to define the world’s first zero-emission commercial airliner which could enter service by 2035. While these concepts explore various size categories, aerodynamic layouts and propulsion system architectures, they all have one thing in common: they are hydrogen-fuelled. Three of them have (earlier post) engines which use hydrogen combustion to drive their gas turbines – similar to the way that turbofans and turboprops burn kerosene today, but without the latter’s CO2 and particulate emissions.

While outwardly resembling turboprop powerplants, these pods actually contain hydrogen fuel cells which produce electricity as the result of an electro-chemical reaction to power electric motors. It is in this context that Airbus has been conducting feasibility studies and laboratory tests to realize a fully working megawatt-class fuel-cell engine and demonstrator which could be tested in flight by the middle of this decade—around 2026.