The test is used to determine the feasibility of a specific product in combat scenarios. Cells tested in accordance with 4.7.4.4. shall not burn or explode, and the external temperature of each test sample shall not be greater than 338 degrees Fahrenheit (170 degrees Celsius) when penetrated by sharp objects.

When conducting the test, a 0.113-inch diameter stainless steel nail is driven through a fully charged cell at a prescribed speed. The cell is deemed to have passed if there is no smoke or flame following the nail penetration. 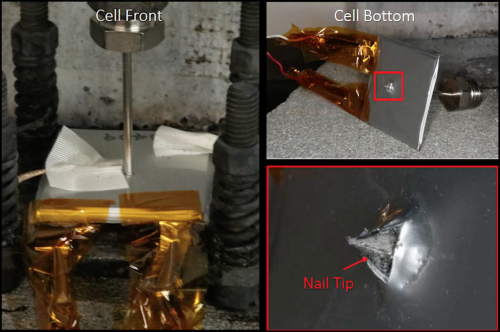 Amprius’ innovative polymer electrolyte prevents the penetrating nail from creating a low resistance short circuit, as indicated by the minimal increase in the cell temperature after penetration and only a small decrease in cell voltage. After nail penetration the cell is still functioning and providing power, a critical capability for soldier-wearable batteries.

As part of that program, Amprius is building and testing cells for use within US Army soldiers’ central power source, the Conformal Wearable Battery (CWB). The CWB integrates into a soldier’s vest and powers critical communications and navigation equipment. 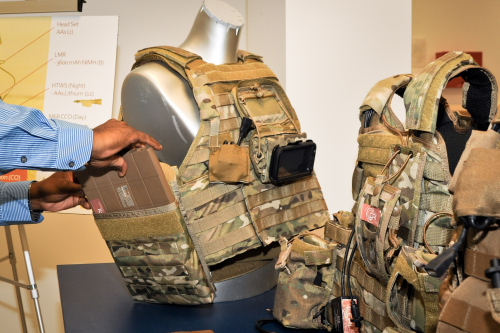 The Conformal Wearable Battery, which is shown being placed into a tactical vest, is flexible and conforms to the body. It provides more power, reduces the need for battery re-charging and spares, and serves as a single source of power for all worn electronic devices. (Photo Credit: US Army)

A purchase order for thirty battery packs has been placed by the US Army for capability demonstration.

Let's hope they can port the battery over to the everyday EV segment soon.

We lack a lot of metrics and info on these cells to know if they are interesting or not...