Ultium Cells LLC, the battery cell manufacturing joint venture of LG Energy Solution and General Motors is investing an additional $275 million in the Ultium Cells Spring Hill plant to expand the facility’s battery cell output by more than 40 percent, from 35 gigawatt-hours to 50 GWh, when the plant is fully operational. This new investment is in addition to the $2.3-billion investment announced in April 2021. (Earlier post.) Battery cell production at the 2.8 million-square-foot facility will begin in late 2023.

With the additional investment, the capacity expansion is expected to create 400 additional new jobs, bringing the expected plant total to 1,700 new high-tech jobs when the facility is fully operational. Hiring is already underway as the Ultium Cells Spring Hill team continues to onboard key launch team members for the business. 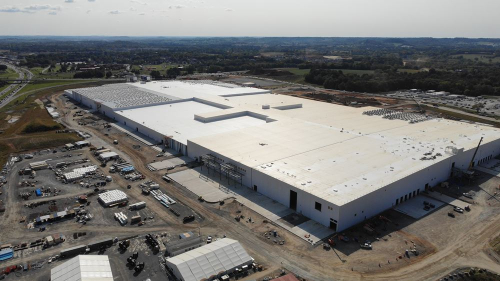 The facility will supply battery cells to GM’s Spring Hill assembly plant for production of the Cadillac LYRIQ and other GM Ultium Platform-based EVs.

Ultium Cells expects to have more than 130 GWh of battery cell capacity when all three facilities are at full production capacity later this decade—a key enabler to GM’s commitment to lead the industry in EVs. Ultium Cells will provide battery cell capacity to support GM’s North American electric vehicle assembly capacity of more than 1 million units by mid-decade, while supporting GM plans to supply other automotive companies and other industries including rail, aerospace, heavy trucking and marine customers.

With a 30-year history in the battery business, LG Energy Solution has made consistent, large-scale investments to accumulate enough stability, credibility and manufacturing experience to invent its own cutting-edge technologies. The company established its first research facility in the US in the early 2000s. In 2010, the company built its first US battery plant in Holland, Michigan.