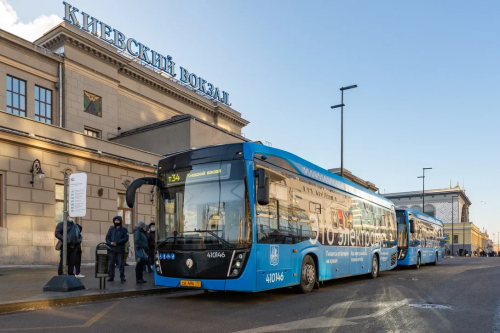 Recently the Russian manufacturer KAMAZ started to produce improved electric buses at the SVARZ eco-plant. The updated models have more visible route numbers, the doors of the electric bus open faster, and the electric buses are equipped with the heater and long-lasting floor covering. The power reserve has been increased up to 90 km.

Moscow continues to adapt infrastructure and urban transport in accordance with the Green Agenda. Moscow’s eco-friendly transport fleet is considered to be the largest in Europe. According to the operational statistics, electric buses today are the most reliable type of surface public transport. They are convenient and safe, so they quickly became popular and received popular response and trust by citizens. This year we will announce a new tender for the supply of 1,000 - 1,300 new electric buses in 2023 and 2024, including the supply of the articulated electric buses.