Semi is Tesla’s fully electric Class 8 tractor, with 500 miles of range and energy consumption of less than 2 KWh per mile.

In 2014, Tesla committed to invest $3.5 billion in Nevada for its first Gigafactory, targeted at 35 GWh of battery cells annually—enough to manufacture about 500,000 vehicles per year. 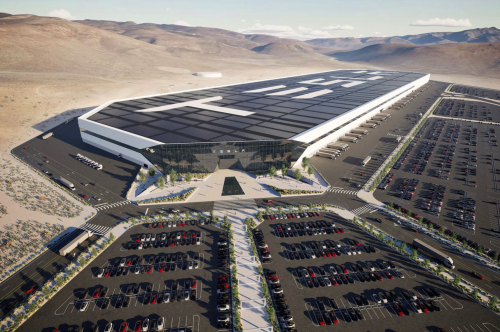 Since then, Tesla has invested $6.2 billion in Nevada and built a 5.4 million square foot Gigafactory. To date, the team at Gigafactory Nevada has produced:

Is Tesla finally going to bring the Semi to market?

On a related subject I have seen the new Amazon Prime Rivian Electric Delivery Vans on the road and even in my neighborhood.